Can Processed Foods Kill You?

I have always been interested in the link between processed foods and illness and I have always wondered, can processed foods kill you? Fortunately for me, I discovered thanks to my new favorite show called “Dark Matters” on the Science channel that processed foods can kill you. I love things that are related to science so this show has quickly become one of my favorites. Since my hubby and I have just started watching it, we decided to record the marathon that ran this Thanksgiving holiday. One of the shows talked about a disease called Pellagra. It was described as the disease of the 4 “D’s”:  diarrhea, dermatitis, dementia, death. I had NEVER heard of this condition so I was very curious about it. 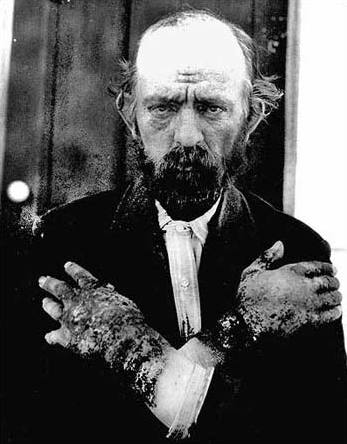 In 1914, Dr. Joseph Goldberger was appointed by the U.S. Surgeon General to fight this disease after it had affected thousands of people in the South. It was believed that it was a result of germs. As Dr. Goldberger started to research it and treating patients, he realized that he had not contracted it. The one thing in common that people had was a traditional Southern meal: cornbread, mollasses and a bit of pork fat. So he started treating some of his patients by giving them a balanced diet that consisted of protein, fruits and vegetables. Their condition improved and the disease disappeared. Unfortunately, as he reported his findings to the affected Southern medical community, they responded with an outrage, attacking him for being against the poor and the South.

Around 1915, Dr. Goldberger  decided to run a study on some inmates from a Mississippi prison who volunteered in exchange for their freedom. Their balanced diet was switched to one of cornbread, sweet potatoes, mollasses and pork fat. Within 6 months, the inmates had contracted the condition and once they were switched back to a regular diet, they were healed. The Southern medical community was still outraged, so Dr. Goldberger and his researchers took it a step further, they tried to contract the disease by eating the skin scales, they injected them, they tried everything possible to contract it but were unsuccessful, proving again that it was diet and not germs that caused it. However, even though he had proven that it was diet that caused it, he had not been able to prove what specific food item was to blame. In 1937 after Dr. Goldberger had died, 100,000 people fatally contracted the illness before anyone confirmed Dr. Goldberger’s findings. Eventually the source of the illness was discovered, it was maize (corn), that had been processed in a new way stripping niacin from it. It turns out that It was the food industry that had caused the condition because of the way that corn was processed.

It’s interesting to me how when we play with what God has created as perfect, simple, complete, human beings by nature, believe that we have the power to “improve” things. The food industry is now the Tower of Babel of modern times and the lessons that could have been learned from pellagra have been ignored. We now have chemicals that have made it into our food that are causing obesity, type 2 diabetes, cancer and a number of other ailments. We somehow believe that taking shortcuts will save us time and money, hence the famous TV dinners and processed foods which cause weight gain and affect our health; so the food industry has now made millions with diet foods, which promise us a smaller waistline. We have sugar free products with aspartame that cause weight gain and have been linked to aspartame poisoning.   It never fails, whatever short cuts big corporations try to sell us on are always more costly to our health and to our wallet. Eat a balanced diet, exercise more, take care of your body, be patient, be consistent and the changes will happen.